I recently moved to North London, where everyday you're confronted with the most convenient method of public transport in the UK, The London Underground. But even though people in London know it so well, there are loads of interesting and mind blowing facts surrounding it's hundred+ year history.

As part of a project pitch for 'Transport for London', I gathered together a handful of insightful facts about the tube system and created a 3D underground model that could be presented as a simple infographic for use as posters featured through London tube stations. 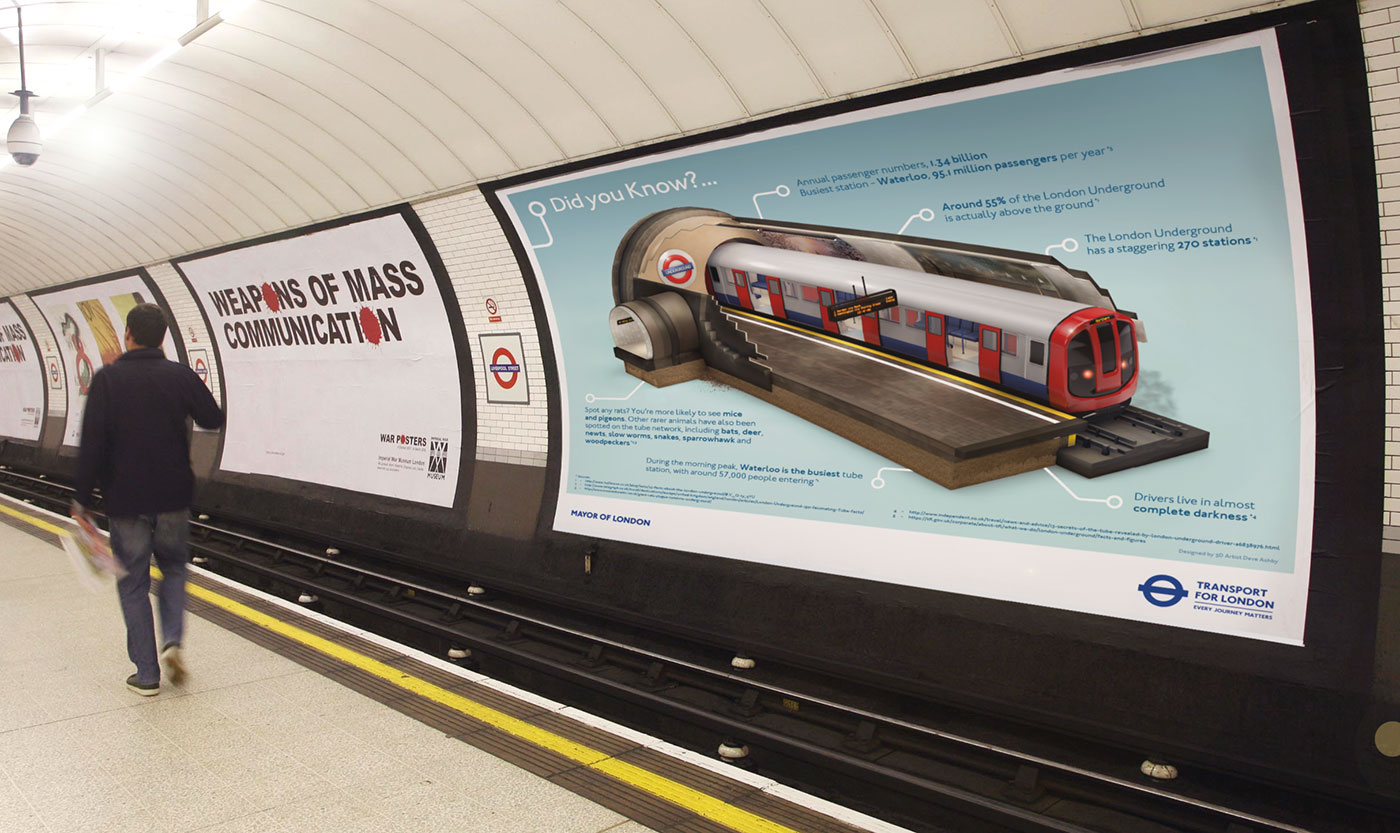